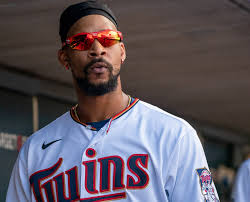 This is Betters sophomore season and he’s one of my favorite fresh faces in the league. Im certain that Betters Bombers are going to be a problem. Maybe not in 2022, but he’s coming. Every move he makes, makes sense. He’s got a plan and he’s executing it. Whenever I get the email notification of a Betters Bombers trade, I usually think he’s won the trade. He doesn’t just collect prospects, or trade all his prospects for MLB guys, he’s in the middle. Right where you wanna be. He just does the right things.

Betters added Byron Buxton in what I believe to be the best move of the offseason. Up until his injury Buxton was the best player in our format. He had a staggering 12.1 points per game in April!! Health will always be a concern with him, but this is a gamble I love for this team. He backed that up by adding reliable outfielders in Michael Brantley and Andrew McCutchen. I also really like the movement he’s made on the pitching side. Last year he got Justin Verlander for cheap. Now that he’s back, Betters can flip him (hey H-Town), or just keep him because he’s 30ppg when right. There’s some injury risk with his best pitchers: Chris Sale, Verlander, Madison Bumgarner, and Andrew Heaney, but I think he’s offset that well with up-and-coming pitching prospects George Kirby, Matthew Libertore, and Taj Bradley.

Not sure if this is the year, but we’re gonna see Betters Bombers in the upper echelon of the league before too long.

2022 prediction: middle of the pack, could threaten a playoff spot