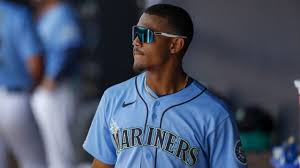 Julio Rodriguez. The J-Rod Show. That’s all that matters here.

Kyle took over a putrid team last year, and has made the most of it. He might be another year or two from being a playoff contender, but I think he’s gonna be a problem. With his young core of Julio Rodriguez, Spencer Torkleson, Bryson Stott, CJ Abrams, and Hunter Green the future is now. He’s also stockpiling draft picks in 2023, which gives him lots of flexibility. Just like Squids is collecting all of the Mariners, Kyle is close to having all the Astros starting pitchers. Which is a pretty solid group to collect, just needs to hit up Betters for Verlander and his Astros infinity gauntlet will be complete. *snap*

I liked a number of Kyle’s offseason moves. Getting Max Kepler for a 5th round pick and winning Joc Pederson for $3 at auction provides some outfield stability along with Julio, Tommy Pham, and Harrison Bader. I also really like the Steven Hajjar pick in the 5th round, he was going to be one of my early waiver claims.

I think we see H-Town Trashcan Punch in the middle clump of teams this year. If a couple of his uber prospects take off, he’ll be battling for a playoff spot. Not bad considering where his roster was last offseason. Kudos Kyle.

2022 prediction: middle group that could jump into the playoff picture