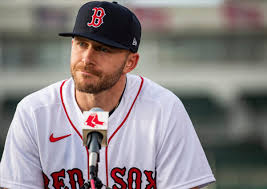 Dowd’s team keeps letting him down. On the offensive side, I see a lot of guys who have regressed or have a limited track record of success. Two years ago, a core of Cody Bellinger, DJ LeMahieu, and Anthony Rendon would have been one of the best in the league. Now I don’t know what to think about any of them. I think Dowd has played this as well as he could. Each of them went from untouchables to untradeables in the blind of an eye. What’s a man to do? Riding it out is probably the only play at this point. If they all click, you’re good. If not, I think you’re a seller at the deadline. Ugh, it hurt me to write that. On the positive end, I bet Trevor Story finds his stroke again in Boston, because playing in Colorado has to be torture. Tyler O’Neill is exciting and built like a tank, Nelson Cruz is going to be a 6 points per game player until he’s 50, and Brennan Davis will make his long awaited debut. Maybe you hope JD Davis gets a change of scenery trade and lives up to his potential? Too many question marks for me to be confident.

I like Dowd drafting Matt McLain. He’s a hit tool guy who should move quickly and will get to play in Great American Ballpark. Getting Kershaw at auction makes a lot of sense for Dowd, given how he’s constructed his pitching staff… but again, the risk. Hopefully for his sake we can see Zac Gallen return to form, Bailey Ober cement himself in the Twins rotation, and Roansy Contreras be a difference maker.

As much as I like what Dowd has done, his team has underperformed and is often injured. There is playoff team upside here, but with all the teams around him taking a step forward, I think we see an Iosim participant here. Sorry to say.