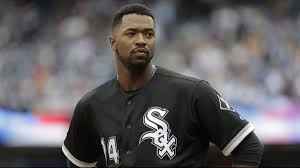 Favorite offseason move: traded away Mark Vientos and a pick for Matt Chapman

Zach got stuck with a bad roster, and has done quite a bit to start turning the ship around. His offseason additions included Mookie Betts, Matt Chapman, Sean Manaea, and Kyle Lewis. It’s nice to have this team owned by an owner that gives a damn. Prior mismanagement has left him with 22 open minor spots so there is still a lot this team can do to improve its future outlook. Hope you like prospects.

I liked trading away Mark Vientos and a pick for Matt Chapman. At $19 and cost controlled, he could be a cornerstone piece for Beantown Butchers. There are reports that Chapman was dealing with a hip injury that contributed to his down season last year, so there is a probable bounce back in 2022. I didn’t really love trading away Fransisco Lindor for Kyle Lewis and a 3rd round pick. I think I would have rather kept Frankie and found a way to move Rizzo. Maybe Lindor was going to be a cut and you got what you could for him, I can squint and see that I guess. If JP Crawford and Adalberto Mondesi perform this year, it probably doesn’t matter much, but I think Kyle Lewis could easily be the odd man out in the Mariners outfield this season. There’s plenty to like in Butchers outfield. Adding Mookie Betts to team up with Eloy Jimenez, the surprising mini breakout from Akil Baddoo, and the underrated Mark Canha makes for some excitement.

A healthy Jack Flaherty makes all the difference for Beantown Butchers. As much as I like Adrian Houser, Eric Lauer, Sean Manaea, and Marcus Stroman, I don’t think it’s enough to move up the rankings without J-Flare. Getting top 10 pick Frank Mozicotto in the 3rd round feels like a win, although he’s a long ways from the majors and a lot can happen between now and then. It’s the kind of risk I like a new owner taking. Hopefully Corey Kluber can turn into a deadline trade candidate, and paying $23 for that risk is a sound auction play.

The rebuild has to start somewhere, and Zach wasn’t left with many meaningful pieces. He’s started to shake things up and it’s nice to see this roster moving in the right direction.