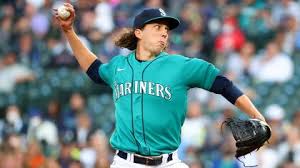 Russell is in the early stages of his rebuild, so it’s not surprising to see him at the bottom of the rankings. In the talks we’ve had, I can tell that he knows his stuff when it comes to prospects, and he’s gonna need it. My only offseason criticism would be the Buxton trade with Betters, still wrapping my head around that one, but I think he’s quickly retooled his minors and will be a playoff contender in short order. Given his prospect depth and how active he is on the trade market he’s already proven to be a great addition to the league.

If you like exciting young risky pitching, The Fantasy Baseball Team has tons of it. In a league like this pitching wins you championships, but it’s also the toughest thing to get right. So having a lot of cheap lottery tickets is a fun way to do it. Having a young core of Reid Detmers, Logan Gilbert, Shane McClanahan is enough to get you into the playoff picture, or make you pull your hair out. And I can’t wait to see which it is. Supplementing the young pitching with veterans like Dylan Bundy, Jameson Taillon, and Yusei Kikuchi makes for a serviceable pitching staff with plenty of upside. He’s also got tons of minor league pitching that I like. Too many guys to list.

I loved the Gavin Williams pick near the end of the first round. Really looking forward to what the Cleveland Guardians can do with a guy like that. Adding a few innings eaters in Taillon and Bundy made a lot of sense for Russell along with some veteran bats from the auction. Looks like he’ll be wheeling and dealing all season considering the kind of guys he added, and Scherzer is already on the block.

I can see the vision and like the direction that Russell is headed. I just think he’s a year or two away from competing.