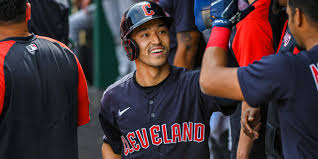 Favorite draft pick: Will Bednar in 3rd round

So little separates the teams at the top of the power rankings. I think all remaining teams have a legitimate shot to win the league championship, so we’re really splitting hairs at this point.

Haddy comes in at #7 for a couple of reasons. First, of the playoff teams, I think he’s going to get the least amount of help from his minors this season. Other than Nick Lodolo, I don’t think he has a prospect on the roster that will be a meaningful contributor in 2022. When the injury bug comes, Haddy will have to be active in the trade market, or hit on some waiver pickups to keep pace with some of the other teams. Secondly, the Trevor Bauer situation. Having a pitching core with Zach Wheeler, Logan Webb, Frankie Montas, and Kevin Gausman is great, but every team left to be reviewed has a great rotation. I think there are still some worries about Wheeler’s shoulder, so a lot could hinge on the availability and productivity of Trevor Bauer.

The most impactful trade of Haddy’s offseason was trading away Mike Trout. The trade netted a number of prospects and provided some much needed salary relief. That budget space that was used to cover the cost of Starling Marte and to keep costly sluggers Jose Abreu and J.D. Martinez. I was initially worried about the production loss going from Trout to Marte, but I didn’t realize that Steven Kwan was going to be a franchise cornerstone for Haddy.

Haddy still has an entire draft worth of Suplex Shooters draft picks, and I think that draft capital will come in handy when moves need to be made at the trade deadline. I think the success of those moves will dictate where Haddy lands on the final standings.

2022 prediction: playoff team with a chance to win it all