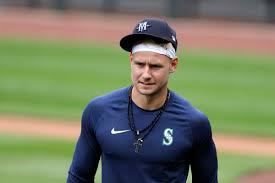 This is the best team Senior Squids has had. I think he is primed to jump up the standings if he can make one or two more moves to solidify his offense and maybe get another arm. I think we could see him make a splash at the deadline if he’s in the playoff hunt. He has arguably the most prospect ammunition in the entire league. This is the riskiest part of his rebuild however. Which prospects do you trade? Which ones do you keep? It’s a good problem to have, but it can be nerve wracking.

This offseason he made his minors the best in the league by trading Marco Luciano for Nick Gonzalez, Austin Martin, and a draft pick that would become Marcelo Mayer. Big win for Squids in my opinion. Mayer looks to be the real deal, and I think Gonzalez and Martin are at least major league regulars. Trading away Luciano’s massive upside for this trio is a solid move. He used his other two draft picks to take Jordan Lawlar who had fallen down the board, and exciting Mariners talent Harry Ford. He then went on to make a number of quality picks at the auction headlined by Noah Syndergaard. This could be the steal of the auction if he can stay healthy and return to his 30 ppg self.

As currently constructed, I think Squids major league roster is in the middle of the pack, but there is so much ceiling here that I could see him in the playoff hunt.

2022 prediction:  on the top middle group for now, should be vying for a playoff spot