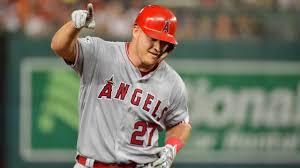 Suplex may have had my favorite offseason. He used his extensive auction budget to acquire superstars in Manny Machado, Carlos Correa, and Mike Trout. He also made a move or two that made me scratch my head, but from last year to now, he has flipped his roster faster than anyone that comes to mind. Fantasy baseball is about having fun and this team is a lot of fun. Getting to root on Machado, Correa, and Trout is awesome for any fantasy owner. What I’m most interested to see is, where do we go from here? Does he decide to flip one or two of them at the deadline to add some much needed pitching depth? Or does he just keep this core because the team around them is still relatively cheap? There are also a few youngsters to really like here. What do we get from Joey Bart, Jazz Chisolm, Brandon Marsh, Shane Baz, and Casey Mize?

He had limited draft capital after all his moves, but Suplex used in on an all upside no floor guy in Lonnie White Jr. We will have to wait and see what he turns into. I also like him adding Charlie Blackmon in the auction for some much needed outfield help.

Now in his second season, Suplex has proved to be one of the most active traders in the whole league. His tear down took him all the way to the first pick last year, and this year we see the start of the rebuild. Hard to argue against any rebuild done around Mike Trout. His pitching staff still needs some improvement, and I think that keeps him from being a legitimate playoff contender.

2022 prediction: middle of the pack with the lowest floor of the group