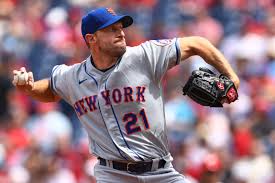 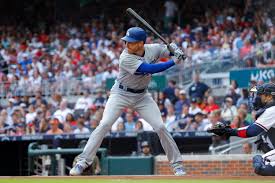 A legitimate win for both teams. Wallbangers has pitching for days, but badly needed an impact bat and Homestead Grays bolstered his young up and coming pitching staff with a true ace. Huzzah!

Homestead Grays: Of the new owners, J’Mere was blessed with arguably the best roster of the open teams. This team, had it been managed even a little bit last season, should have been a contender and not a basement dweller. This team enjoyed the breakouts of Dylan Cease, Brady Singer, and Kyle Wright and now adds a horse like Scherzer. No reason this team can’t enter the upper echelon of teams in 2023. I like this even more because he was able to deal from depth. Having Pedro Alonso at 1B made Freddie Freeman expendable and using it to get Mad Max was so smart. Not sure what to make of Bobby Dalbec anymore. Over the last 3 seasons, Dalbec has sported a K% of 42, 34, and 33. This is not going to work. He still hits the piss out of the ball, but he rarely makes contact anymore and was even bannished to the minors last season. Maybe there’s something there, but you’ve really gotta squint to see it.

Wallbangers: There’s still some fun moves to be made this offseason, as his budget sits at a staggering $811 currently, but for this singular move, Josh addressed a major need. Last season when Bryce Harper missed significant time this his broken thumb, Wallbangers offensive output evaporated. With arguably the best pitching staff in the league, the offense just wasn’t enough to compete while Harper was on the shelf. Now, he adds the incredibly consistent Freeman to a young hitting core comprised of MJ Melendez, Andres Gimenez, Jose Miranda, and Corbin Carroll. There’s alot to like here. Maybe we get to see Jarred Kelenic and Jonathan India do something this year too.