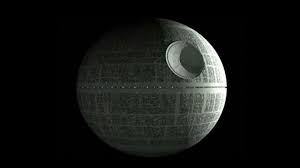 Podstars was one of the more unlucky teams last year. First he loses Walker Buehler to Tommy John, then Fernando Tatis gets ringworm, and then he trades for Javier Baez. Horrrrrible things were happening to him left and right. After moving on from Nolan Arenado, it was time to bring some thump back to this lineup. However, lets start with the new guy…

The Evil Empire 2.0: I love this trade for you. This roster has been in desperate need of attention for a long time. I honestly think that if my dog and 4 year old son had co-managed this team last year, it would’ve gone better. Now we get a guy with strong energy, and an excitement about the league, and I couldn’t be happier. And his first trade is a banger. I was actually typing out an offer to Podstars for Snell and Hayes when this trade notification came through. Blake Snell is a great get for a team lacking talent. At only $31 he bring you some veteran stability without the huge price tag. If he gets anywhere close to the 911 points he’s projected for, you’re in great shape. I’m a little leery of the rest of the pitchers. Hopefully you get Flaherty healthy and the Giants can unlock Manaea like they have with so many others. In this deal, I especially love the flyer on Ke’Bryan Hayes. I recently read that he was hurt all of last season, and that led to his poor performance. I think we see a different Hayes this year with a sizeable bounce back. I’m a recovering Rece Hinds believer. There’s alot to like with him, and dreaming about his power in Great American Ballpark is oh so fun. Can he hit. Will he ever hit. I like the flier here as well. Valerio, Duran, and Bruns along with the four late round picks are great for a team that had 33 open minors spots. 33 spots! That’s some managerial malpractice right there. Nice to see things looking up for this roster.

Pine Mountain Podstars: Morgan needed to add some offensive fire power with the loss of Nolan Arenado, and he gets some with C.J. Cron and the oft IL listee Eloy Jimenez. The former is one of the more perplexing mashers in baseball. He’s a reverse splits right handed hitter, demolishes righties, but struggles against lefties. He also does all his damage at Coors. Home games see him scoring 7.4ppg, while on the road he’s just 3.4ppg. Cross your fingers that the Rockies never trade him. Eloy Jimenez is either hitting, or hurting. He played 55 games in 2021 and 84 in 2022. My concern with him is that sooner or later, the White Sox are going to make him a DH to try and keep him healthy. As long as he’s healthy and producing, you don’t mind him being UTL only, but the bat has to be Yordan-esque to feel comfortable having him parked in your UTL full time. At $5, why not take that gamble. Podstars side of the deal has the higher ceiling short term, but Evil Empire made the most of his assets and maximized the return on two mashers with legitimate question marks.